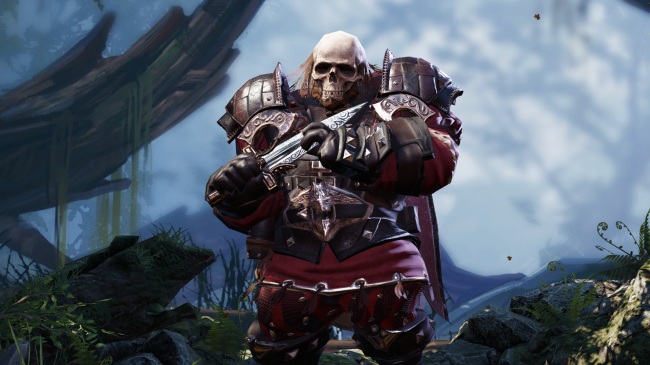 It’s easy to forget what happened last week, never mind six or seven months ago, but looking back, 2017 was a bountiful year for PC games. In our Game of the Year awards we celebrated the stand out games that defined the year for us, but there are so many more greats to look back on. Here are the games PC Gamer’s editors and writers loved most this year.

“By designing solutions with the save room in mind, Uurnog achieves so much more than the usual insert-puzzle-here malarky. Buttons, lasers and time clones can’t compete with a customizable toolkit and near-limitless interdimensional storage. It’s totally hands-off but it successfully teaches you to think differently, which is the mark of any good puzzle game.”

Verdict: Wholly unique and deceptively punishing, Uurnog Uurnlimited is as clever as it is creative.

“Back in 1999, Outcast was arguably as close to the PC’s answer to Legend of Zelda as we’ve ever seen. Effortlessly charismatic. A huge open world that invited free exploration. The absolute latest in graphics technology, at a time when something as simple as ripples in water was a sight to behold and huge sprawling worlds weren’t simply majestic, but outright magic. For the five people who could run it, it was an unforgettable, glorious adventure.

Seventeen years later, it’s a little clunkier than remembered. The good news is that the magic still lingers.”

Verdict: A fine remake of a game that deserves to be played as much as it gets fondly remembered.

“NetherRealm’s deliberate, heavy-feeling combat isn’t the best in the genre, but it fits this kind of game perfectly. They sure know how to make an accessible, fun fighting game with lots to do, no matter your skill level.”

Verdict: A great port of a brilliant fighter with a staggering amount of content beyond multiplayer brawling.