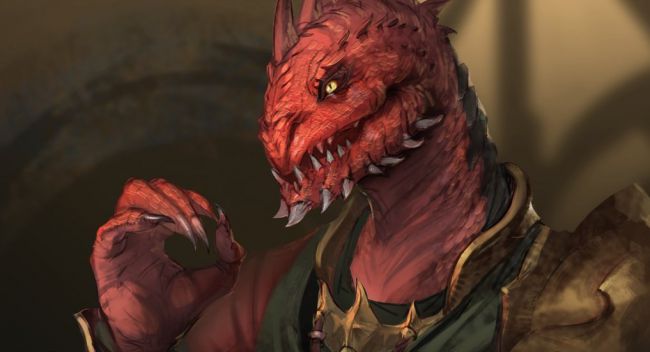 2017 was full of highlights for PC players. Here are ours.

Every week, we produce our Highs and Lows feature, rounding up the week in news, games and whatever else is drifting through our heads when we write it on a Friday afternoon. Since it’s the end of 2017, we’ve produced a special round-up of the year, with contributions across our global team. Enjoy, and check back tomorrow for our lows of the year.

Here something I never would have predicted at the start of 2017: Microsoft bringing back Age of Empires. Not just with enhanced editions of the older games, but with a brand new fourth entry, made by the RTS specialists at Relic. Not loads is known about it, but at Gamescom it came out of nowhere with a trailer, and in 2018 we’ll hopefully see a lot more of it.

This is the first new Age of Empires in 13 years, which is crazy. Along with MechWarrior 5: Mercenaries, it’s cool to see series from that era of PC gaming return. It doesn’t get more PC gaming than Age of Empires for me: that series was fundamental to my interest in PC back in the late ’90s, after I sampled the first game on a PC Gamer demo disc.

I hope Age of Empires 4 comes with a scenario editor. Earlier this year, I wrote about how much I loved AoE2’s scenario editor, and how it let you make 20 William Wallaces fight 20 Joan of Arcs. If we can’t violate the truth of history with the most ridiculous large-scale encounters imaginable, it just won’t be my Age of Empires.

Okami is one of my all-time favourite games, but for years I had no easy, convenient way to play it. I don’t own any consoles, so I couldn’t even play the 2012 re-release, and I had trouble emulating it at a stable frame-rate. So I was delighted this year when it was finally released on PC with 4K support. It finally looks like it looked in my mind when I played it on a PlayStation 2 and a tube TV back in 2006, and I’m stunned by how beautiful those ink wash-inspired visuals still are, even at modern resolutions.

A lot of great stuff was released for PC this year, so it might seem odd that my highlight is a re-release of an 11-year-old game, but I think that proves just how fond I am of Okami. As well as looking gorgeous, it’s a grand adventure in the Zelda mould, full of interesting characters, beautiful locations, and puzzle-filled dungeons. It’s just a lovely place to exist in, and I loved every one of its 30+ hours. Yes, it’s a big game, and the pace can be incredibly slow, but I can forgive that. It’s a game to be savoured, not rushed.

Hell, I don’t even care that it’s locked to 30fps. In light of the game’s quality, I’m willing to sacrifice a few frames per second. And I think it’s healthy not to let technical limitations dictate your enjoyment of a game every time. When I first played Deus Ex it was at 15fps on a shitty laptop with onboard graphics, and it’s still my favourite game of all time. So yeah, Okami is amazing and I’m glad I can play it whenever I like now. I’m listening to the soundtrack as I write this and feeling a powerful urge to return.

This year I’ve been cheered by the gentle, ongoing presence of strategy games on PC. It’s still rare to get a big blockbuster like Civilization VI every year, but War of the Chosen was brilliant, I had a good time with Dawn of War 3 before it seemed to falter after release, and Total War: Warhammer 2 is going to take over my Christmas gaming time.

It has been an interesting year for 4X strategy games as well. Stellaris and Endless Space 2 continue to grow, and I look forward to returning to both games next year after they have had more time to mature. Age of Empires Definitive Edition will provide a nice reliable hit of nostalgia in 2018, but like Samuel I’m most excited about Age of Empires IV, whenever that’s due. I’ve been trying to second guess Relic’s approach since the game was announced. The scale of the setting might inspire a move away from the micro-heavy approaches to recent games, and I wonder if we will see a move away from complex progression mechanics and unit upgrade systems in favour of a more sweeping, accessible RTS without the esports pretensions. The future is bright for strategy fans.

None of my favorite games this year came from Activision Blizzard, Ubisoft, Bethesda, EA, Microsoft Game Studios, Capcom, Take-Two, Warner Bros, or Sega. It’s not that these publishers have stopped putting out games I enjoy—many of them published some fine games this year—but that the selection of great PC games is becoming more and more diverse and plentiful. My best of 2017 list includes Divinity: Original Sin 2, Night in the Woods, Rocket League (which didn’t come out this year but is still my most-played game), Sniper Elite 4, Absolver, and Torment: Tides of Numenera, none of which were backed by a major publisher. I couldn’t say the same thing five years ago. And ten years ago? Forget it.