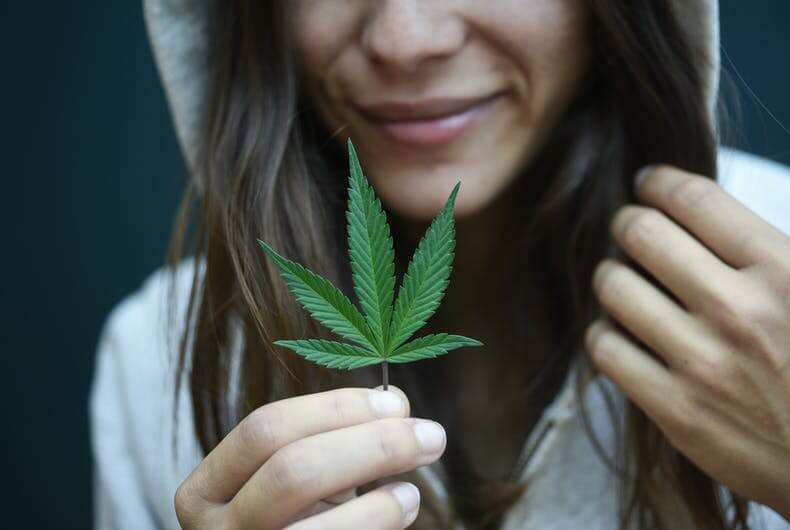 From the point of view of the average person, smoking weed is a terrible evil, and weed smokers are addicts who, sooner or later, will switch to hard drugs, degrade and end their days by dying of overdose. Surprisingly these myths are alive and well, even with legalisation of cannabis and all the new scientific research which proves that marijuana is not only harmless compared to legal tobacco and alcohol but also a medicinal plant. Let’s look at the most popular misconceptions about cannabis.

Marijuana dries out your brain and makes you dumb

An obvious delusion that has surprisingly caught on with the masses. Moreover, you can even find adherents of this thesis among cannabis enthusiasts, oddly enough. In fact, and this can be stated with certainty, aa weed has no effect on intelligence as such. The studies show that chronic weed use has short-term memory problems but once we stop smoking it is back to the same level in just a few weeks. Weed has no other damaging effect on the brain.

This has been known for some time. Apparently, what the public often confuses with “dumbing down” is the concentration, loftiness and merriment of the weed smoker after he has smoked. The most annoying thing is that you often hear about the stupidity of cannabis fans from those who like to drink half a pint of tequila (or three litres of beer – optional) and watch entertainment shows on national television. Certainly such a lifestyle is much more intellectual than smoking cannabis and getting involved, for example, in cosmology, evolution, quantum mechanics and other amazing questions of the universe.

Weed is the route to hard drugs

Probably the second most popular argument among opponents of weed. And especially often, just with sectarian persistence, this thesis is applied by the prohibitionists in power. In fact, there is no correlation that negatively characterises marijuana as a starter psychoactive substance that is guaranteed or likely to lead to the embrace of opiates. There is, however, an opposite trend.

Not so long ago, the National Institute on Drug Abuse (NIDA) in the US published the results of two studies showing that legalisation of marijuana has reduced the use of drugs and opium-group drugs. What is the reason for this phenomenon – yet to be clarified, but as experts believe, the availability of marijuana as an antidepressant and painkiller allows people not to resort to opiates, which have terrible side effects, including physical dependence and overdose. More broadly, the decriminalization of marijuana and other psychoactive substances has helped reduce the number of addicts and HIV-positive citizens in Portugal and elsewhere.

As we can see, weed use does not lead to negative health consequences, is not to blame for an increase in crime and is certainly not a crime in itself – so maybe let there be as many weed smokers as there already are in every society in every country? If you want to buy cannabis, visit the lady jane express website.